Here is a sculpt of the giant fish from Skylanders. He hangs like a taxidermy fish at my desk at work :) This video shows the process that I used: 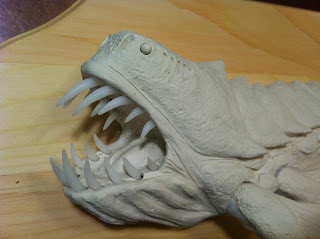 I used aluminum foil to shape the general shape and size first. This is to help the Sculpey clay to have an even thickness, otherwise the inside of the fish will never cook before the outside is fully baked. Once I had a base, I just sculpted the fish, adding more detail as I went along. The teeth are made from Shapelock, as small sculpey teeth would break easily. 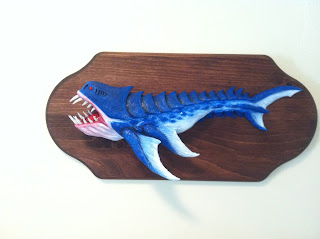 After making the teeth, I simply inserted them into the unbaked fish's mouth to make the teeth sockets. Some details were made by imprinting patterns onto the surface of the soft clay.

I then baked the fish, and used Shapelock under the fins to help support them. I painted the fish with acrylic paint.... the cheap stuff that's made for crafts/kids, which are thicker than model acrylic paint. Plus they are super cheap, a dozen colors for a few bucks. 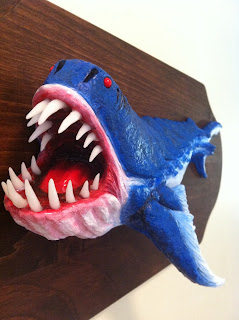 My son also joined me for a while, painting his dinosaurs alongside me, as seen in the video, which was a really amazing experience for me. I added some gloss to the mouth/eyes, and glued the them into place. Last step was to stain the wood plague and epoxy the fish into his permanent home.

It was fun making this thing. The Leviathan fish was something that I had designed and modeled for Skylanders, but you only see him for a second in the game, so it's nice to show him off as a trophy fish :) 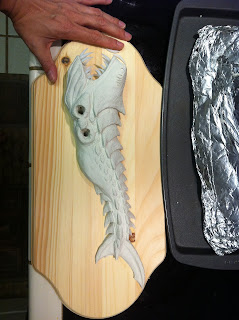 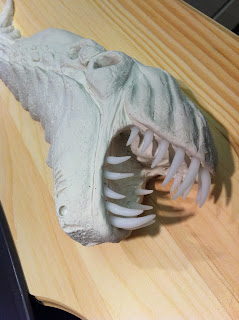 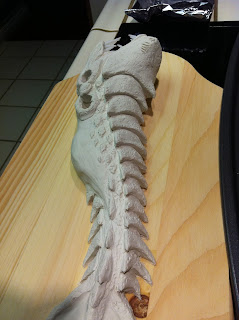 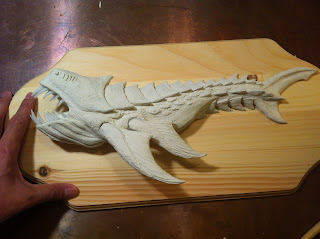 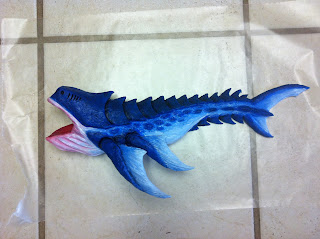 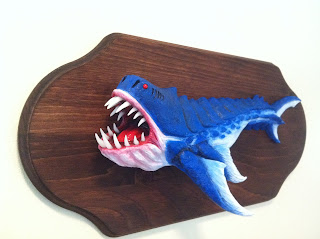 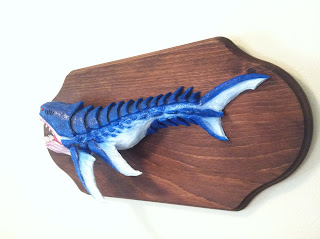