Thanks to everyone who came out to the Open Make show this weekend at the Exploratorium! And if you missed it, here is the webcast, where I talked about my steam and electric robots hobby, and Skylanders toys for work. My son wanted to be up there with me. Somebody needed a nap! So instead of being a distraction, I just brought him to the stage. He was totally happy just being up there with me, I guess he didn't get my stage fright genes! Anyway, enjoy the webcast, I was the second speaker, about 16 minutes in, but I strongly recommend watching the whole thing from start to end. Update, the Exploratorium had just uploaded video of my section only, shown below. However, I'd still recommend to check out the entire webcast!

Not only was it an honor to be part of Open Make and the Exploratorium, but it was great to meet the amazing toy makers.

Also, some of my steam powered and electric robots, are on display in the tinkering studio for the next couple of weeks: Steam powered R2, Steam Walker, Steam Centipede, Steam Turtle, couple of the Swashbots, and the Putterbot: 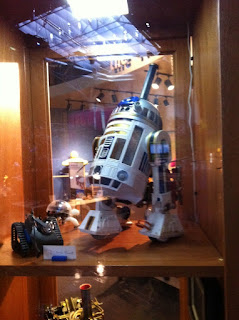 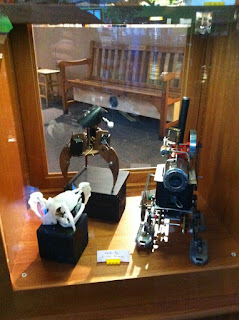 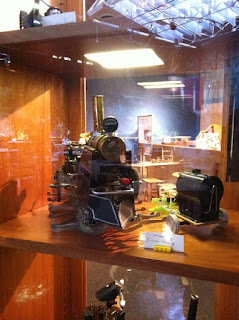