People often ask me what I use to draw or paint. I don't use traditional medium much anymore because of one program, Autodesk Sketchbook. I've been using sketchbook since version 1.0, and it's a solid and natural feeling program. I use it everyday for my job (character concept artist for video games), and is one tool that I can not do without. So I was very honored to be chosen for the Autodesk Digital Canvas exhibition. Last week, I attended the opening and met some pretty amazing artists. Pixar art directo, Jay Shuster, showed some breathtaking artwork, and I managed to snatch up an autograph! This guy is a madman with his character designs.... what else do you need to say when you mention Pixar? Amazing just doesn't cut it, I met a legend. I also got to meet the great Susan Murtaugh, who was the first artist in my book, to prove that the iphone really can be a real "useful" artsy-fartsy tool. There were art from over 80 artists, and many of them were present. I got to meet a few, and very sorry to have missed some artists' work that I really admire, like Goro. I did get to meet the man largely responsible for the Sketchbook line, and in a way helped to shape my art. The super positive and energetic, Chris Cheung.

Below are my two pieces at the show. The golftank was previously posted here and done with Sketchbook on the iPad. My second piece in the show is a new-ish tiled doodle, done with Sketchbook on the Macbook Air with the Wacom Cintiq. It was work that spanned a couple of weeks, mostly at night with a small bit of free time here and there. Just random doodles that slowly filled up the entire screen, fifteen minutes to an hour at a time, so just a few characters at a sitting. I tried not to think too much about it as I went along, and just finish a little section at a time with whatever floated into my head at that moment. So in a way, it was a subconscious outlet, so I hope that no one tries to analyze it too much. It was actually a really nice experience, just randomly drawing without planning, very freeing. I think I may do more of these :)

It is best viewed as a intended - tiled. Please take a look and scroll around by clicking on the image 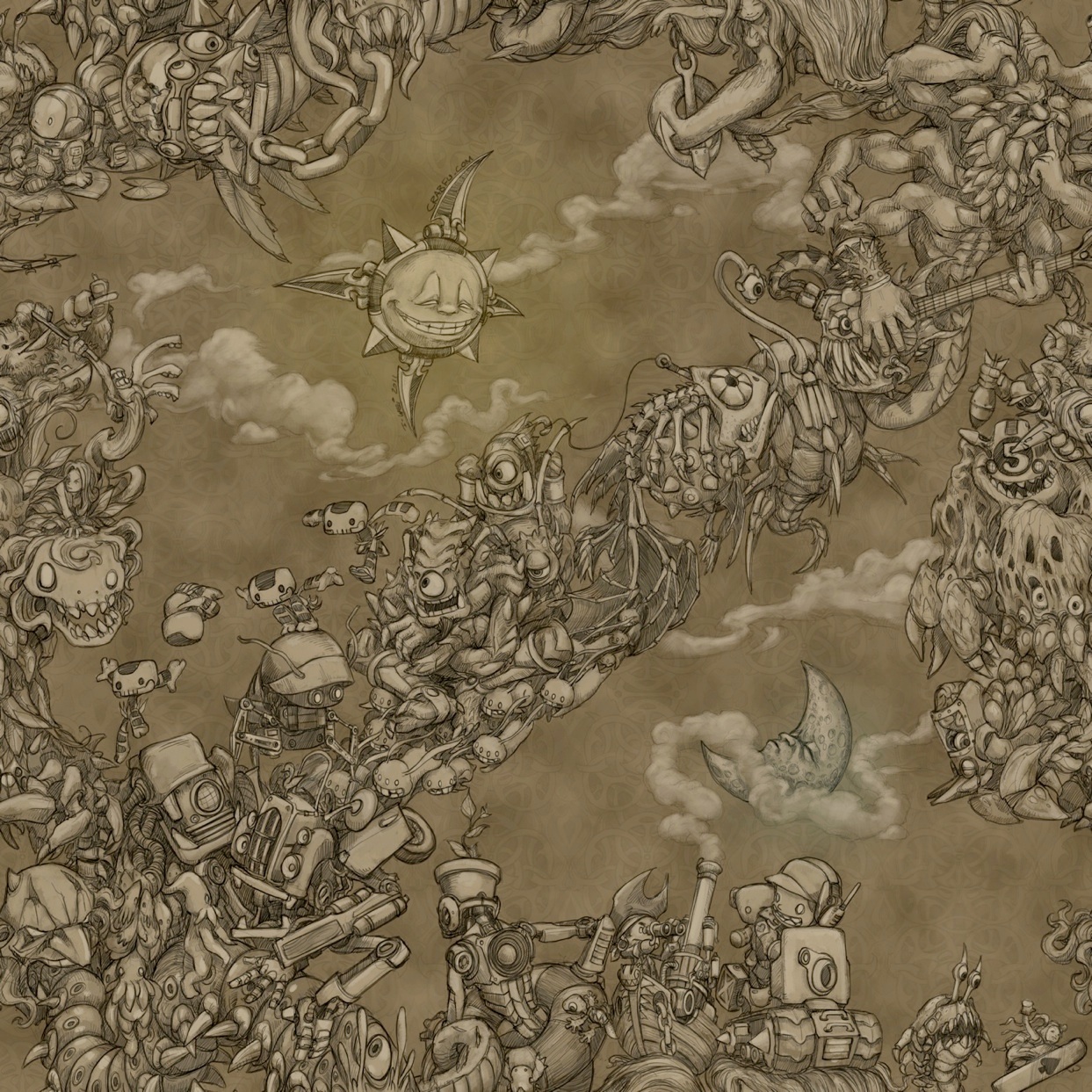 The Autodesk Sketchbook Digital Canvas will be open to the public starting May 11, 2011, at:

The Gallery is open to the public every Wednesday from 12-5 pm, with a guided tour from 12:30-1:30pm. If you can't make it, here is a PDF of the artwork and artists Edit: Sketchbook has uploaded a video of the opening: